The reason I’m writing about this crash and the victims is of course Gianna and Kobe Bryant.

I started rooting for the LA Lakers involuntary in ’94 by buying a Lakers cap. I’ve seen the Logo around and figured out it had to do something with Basketball. After looking the Team up my interest sparked. I kind of got the last Magic season and then tried to follow the sport and the team, wich in 1994 Germany was difficult especially living in a town with a population of 80000 with no connection to Basketball. In the beginning my favorite players were Nick Van Exel and Eddie Jones. Through Hip – Hop and a small group of Kids in my age I fully went down the NBA Road. Popularity rose in Germany because MJ was incredible and fascinated everybody. In 1996 the Lakers drafted/traded a High School Player out of Lower Merion named Kobe Bryant. What happened then you can read somewhere else, by people that are way more talented than me.

I want to write… What do I want to write? It’s hard to express what I felt when I got the info that Kobe died. I was getting ready to sleep, lying down in bed reading WhatsApp when I got a push – notification, all I saw in the pop-up was Kobe Bryant I didn’t think much just that it was unusual that Der Spiegel would write something about Kobe especially send out a push – notification. I clicked on the notification and read, well all I remember is Kobe Bryant and died. I sat up and said „Was!?“ out loud the first thing I did after that was head to Twitter to see what was going on just to see my feed hadn’t refreshed for 20 minutes so I pulled down the screen and saw that everybody was retweeting TMZ but I didn’t want to rely on TMZ as my only source. Then slowly other sources confirmed it. I felt empty, then came sadness. I thought hopefully his daughter Gianna wasn’t on that helicopter, every time I saw him at a game she was with him. Twitter was blowing up everybody was shocked then someone threw out the false news that Rick Fox was on the helicopter, there was already news that Kobe wasn’t alone on that flight (besides the pilot). Of course it was mayhem. What information should we believe? Who’s just throwing things out there to be the first?

And of course it didn’t take more than an hour for somebody asking: „Wasn’t he a rapist? Because everybody is calling him a legend.“. It is a fact that there was a rape charge against Kobe, and let’s be clear it was rape. We can and should talk about what happened and how it played out but not an hour after he died. It probably will take a while till we can talk about that but we’ll have to give everybody the time to mourn. If you want to know what hapend and how it played out or didn’t play out you can read here or here and Google if you want more. This post isn’t about that but I found it important to address it because that is part of his legacy too.

I asked my girlfriend if she found it strange that I felt sad about a celebrity death, she didn’t know about his death. It really was a strange feeling, I never had this kind of reaction to a celebrity death. I knew Kobe but I didn’t know Kobe. It took me a time to realize in which ways he influenced my life and how much time I spent watching him, screaming at him, marveling at him, copying him and not understanding how you could be so unsocial. I rememberd the way he talked about Smush Parker (probably the biggest reason I still know Smush Parker

„Smush Parker was the worst. He shouldn’t have been in the NBA but we were too cheap to pay for a point guard.“

keep in mind this is his teammate he is talking about. He was all about winning at any price even in practice and if the rest didn’t put the work in that he expected he let them know. This demeanor made him look arrogant even like an asshole. One sentence sums up how he felt about winning

„Friends can come and go, but banners are forever.“

His willingness to do and give what ever it takes for the win is something that makes him stand out. There are numerous stories about his intense training like the one before the London Olympics or his bike tour in 2012. They are stories and often maybe some things are added and over time there is some more adding but in Kobes case you really believe them. His determination and ambition was admired, feard & caused tention with teammates, coaches and GM’s. But it also was what made him one of the greatest Players ever, respected on the court by his colleagues and role model for players around the world.

I remember how I practiced his turnaround jumper counting down from 10 just to let it go at 1 and saying „Kobe!“ but only hitting like 8 % of the time. Debates with my friends if he’s the best SG ever or even the best player ever. It often came down to Kobe or Jordan, for me as a Laker it was Kobe hands down all day. Kobe was in my time, I was watching him. I heard stories about MJ and the Flu Game or the Double Nickel but Kobe was the young one coming up and again he was a LAKER. I thank Kobe for letting me experience 5 Lakers Championships, a 81 point game, 61 points at MSGand 60 in his last game. Especially for that last game I heard a lot of puplic figures shitting on that game saying the Jazz helped them, at the time I didn’t quite believe that maybe I didn’t want to belive that. He threw free throws with a ruptured achillies and walked of the court without help (Mamba Mentality). So why couldn’t he will himself, after 3 years of his body breaking down, to a 60 point game with 37? It turns out that at least 1 point he got help on. All of his last season he got shitted on, the whole farewell tour was seen as him suddenly giving a fuck. Maybe he always gave a fuck, maybe he always wanted to be liked but said „I can’t be liked and be the greatest“ or maybe and just maybe something in him changed.

I’m sticking to change or call it opening up. This whole season every time they showed Kobe at a game he was smiling and talking slowinian trashor dabbing up with the players. Every time Gigi was by his side and here I want to thank her for that. Gianna thank you for letting your dad experience basketball through new eyes and letting him enjoy it on another level.

Further he said on „All the smoke“

You could see he was different or maybe just different to the public. I’ve never seen that smile from him on or near the court. He seemed softer, something I observed with my own father. Until his early 50’s he was the military man the Royal Forces wanted him to be (although he’d been out for at least 16 years or so) but then he got softer the further away from the military, he got the mushier he got. When I see him with my niece and I see Kobe with his kids I see similaritys.

Kobe inspired other dads to help there daughters to fulfill their dreams, although it’s kind of sad that it takes Kobe to inspire other men to support their daughters fulfilling their dreams no matter what they are. I’m sure he gave his attitude on to Natalia, Gianna, Bianka and Capri it’s, so to speak, in their DNA.

The last days hit me in a way I would’ve never expected, I kind of still expect Gigi & Kobe to be next to the court come play-off time. Or that he sees which Statue of him will be revealed outside of Staples Centre and he won’t give a Hall of Fame speech. At least I got hours of YouTube to go through but I haven’t been ready for it. At some point I had to stop looking at Twitter and Instagram, I’ve listened to one podcast where they talked about Kobe and then I saw my Feed

and said „No I can’t do that now.“ I had to write my thoughts down, reflect on it. This here is, as it is most of the time, more for me than anybody else.

Native Americans call themselves many things 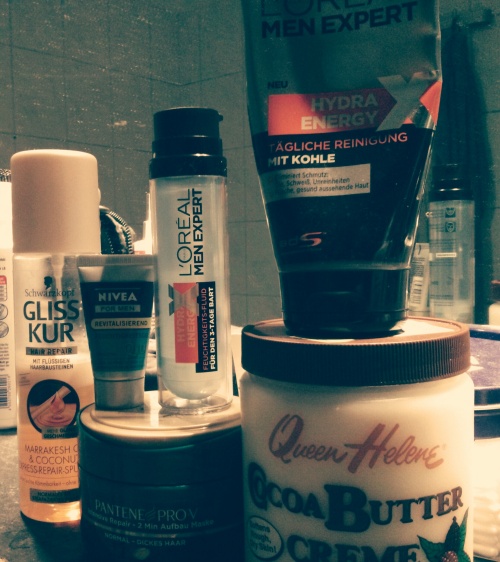 Mod to the Future